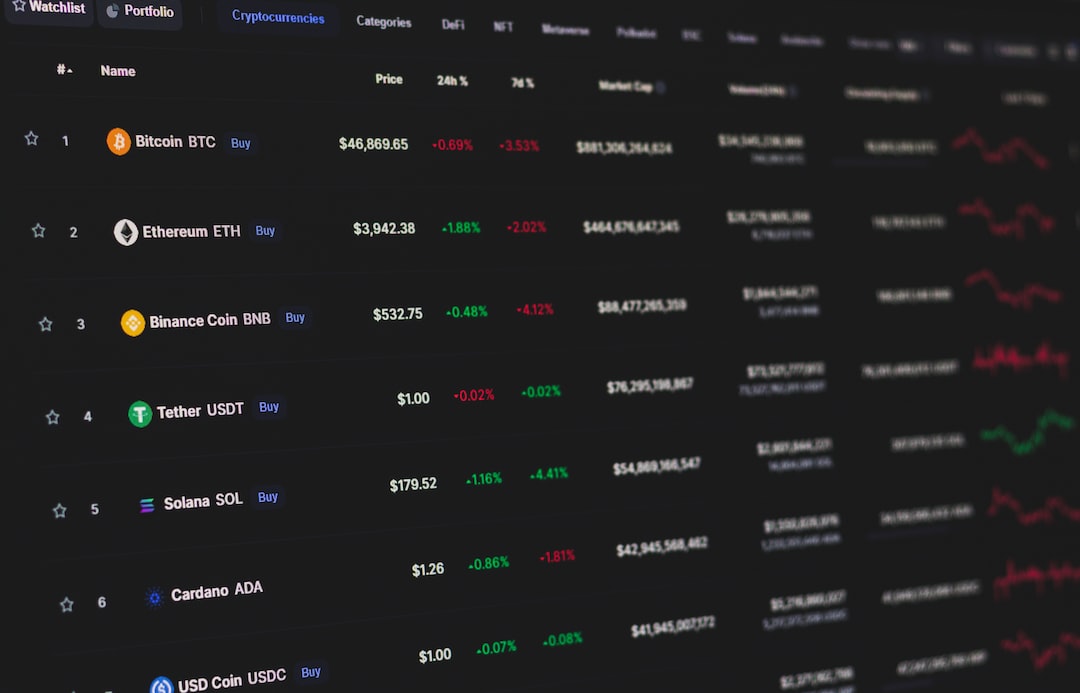 Among a rich range of anxieties both for the crypto industry and the global economy at large, the summer of 2022 will be remembered as the time when stablecoins proved themselves to be not so stable and thus came into the focus of regulators’ attention.

The shock of the TerraUSD (UST) depegging in May opened a season of heated-up discussions on stablecoins around the world. The top financial officials from the Group of Seven largest advanced industrial economies had to send their private jets to the 40,000-populated German town of Koenigswinter to push the international body of the Financial Stability Board into speeding up the crypto regulation process. The Chinese government signaled its desire for even tighter regulations on cryptocurrencies and stablecoins. Japan played proactively limited stablecoin issuance to banks and trust companies.

In the United States, an immediate reaction came from the Congressional Research Service, which dubbed the UST crash as a “run-like” scenario and emphasized that there is a significant risk of such failure repetitions due to the existing policy lacunas. And though some, like United States Treasury Secretary Janet Yellen, refused to follow such an alarming tone, the American crypto community witnessed several major initiatives to regulate the stablecoins in the following months.

What do the Lummis-Gillibrand and Gottheimer bills suggest?

In the first week of June, Senators Cynthia Lummis and Kirsten Gillibrand finally introduced the long-awaited 69-page Responsible Financial Innovation Act. The act, commonly shortened to a “crypto bill” headline, aspired to become the broad comprehensive framework for crypto at large, dealing with a range of subjects such as banking, the tax treatment of digital assets, principal government agencies’ jurisdictions and interagency coordination.

Among this batch of issues, the bipartisan bill includes a fragment on stablecoin regulations, represented in Sections 601 and 602. As obvious as it may sound, the most important line suggests the Required Payment Stablecoin Assets issuer to hold no less than 100% of the face amount of the liabilities that peg the coins. The backing assets must be held in balances at a Federal Reserve bank (including a segregated balance account), or in the case of foreign reserves, at a foreign central bank, “in a special, custodial or trust account.”

The guidelines also require a pretty standard range of reporting measures, from the public disclosure of a summary description of the assets backing the stablecoin, the value of these assets and their number, to periodic reports to the Federal banking agency or state bank supervisor. Non-depository institutions could issue stablecoins as well.

Related: Built to fall? As the CBDC sun rises, stablecoins may catch a shadow

The Stablecoin Innovation and Protection Act of 2022, published by Senator Josh Gottheimer’s office, contains nine pages. It introduces the concept of “qualified stablecoin:” redeemable on demand, on a one-to-one four basis for U.S. dollars and issued by an insured depository institution or a nonbank qualified stablecoin issuer. A minor difference from the Lummis-Gillibrand proposition here is a less wide range of the assets to be used as collateral: Only U.S. dollars or federal government securities should be used unless the regulator decides otherwise.

The subtle yet important difference between the two bills is that Gottheimer’s draft specifies the legal status of “qualified stablecoins” as neither securities nor commodities, making them fall under the regulatory authority of the Office of the Comptroller of the Currency, not the Securities Exchange Commission or the Commodity Futures Trading Commission. The latter two will still preserve their control when it comes to other cryptocurrencies.

Both the Responsible Financial Innovation Act and the Stablecoin Innovation and Protection Act of 2022 could be deemed as crypto-friendly, with the second one implying a getaway from the SEC and CFTC scrutiny. In their moderate tone, both bills look promising in contrast to the President’s Working Group on Financial Markets calls to limit stablecoin issuance to banks insured by the Federal Deposit Insurance Corp.

“Healthy discussion” and reasons for optimism

Speaking to Cointelegraph, Denelle Dixon, CEO of Stellar Development Foundation — a backer of the Stellar network — noted that the range of stablecoin legislative initiatives doesn’t limit itself to Lummis-Gillibrand or Gottheimer bills. There is also the bipartisan Digital Commodity Exchange Act of 2022 and Senator Pat Toomey’s Trust Act of 2022. While the first one doesn’t mention the word “stablecoin,” the second one more or less combines the features of the recent bills by privileging the regulatory role of the Office of the Comptroller of the Currency and laying an emphasis on disclosure procedures for stablecoin issuers.

Dixon regarded this legislative variety as a product of “healthy discussion” that provides reasons for optimism among the industry stakeholders. There is, she believes, a general agreement over the fundamental principles of stablecoins, the most basic being that stablecoins should be genuinely stable. This means they shall have audited cash or highly-liquid asset-backed reserves, held in regulated banks and financial institutions and subject to public disclosure requirements:

“With these foundational principles in place, the question is not which bill is best for the U.S. but how do we get this done.”

Budd White, CEO of Tacen, said it was “incredibly encouraging” to see this level of congressional attention on the responsible development of stablecoins in his dialogue with Cointelegraph. In his opinion, the current “piecemeal” regulatory landscape stands in the way of the proper development of private stablecoins. That stands in stark contrast to countries such as Japan, which was recently able to pass a landmark stablecoin legal framework, White notes. But there is another threat on the horizon, a specter of non-private stablecoins:

“Competing bodies across the country are exploring the possibility of state or federal central bank digital currencies that could add yet another layer to this confusion, as private stablecoins also pursue development.”

The specter of CBDC?

Will there be an all-American CBDC soon? That scenario seems not too obvious, especially in comparison with other major markets such as China or the European Union where the experiments with a digital yuan and euro are publicly embraced. Given the cultural and political differences, it is hard to imagine a swift transition to CBDC in a historically pro-market United States with its combative pluralism in policymaking.

As White highlighted, one of the main challenges facing a CBDC in the U.S. is the dynamic between the Federal Reserve and private banks:

“While the Fed would likely be the entity to issue some form of a digital dollar, they currently have no apparatus to interact directly with consumers — and creating CBDC accounts directly with the Fed could have far-reaching consequences on the U.S. financial system.”

Despite that, in reality, the Federal Reserve has been conducting its research on CBDC in the U.S. for a while. Back in 2020, Fed Chair Jerome Powell acknowledged that there are several ongoing experiments involving the Federal Reserve Bank of Boston and the Massachusetts Institute of Technology. No decision had been made, Powell insisted, and there are plenty of risks such a project bears.

1/ New Fed report “The U.S. Dollar in the Age of Digital
Transformation” just released as a “first step” towards a Central Bank Digital Currency

TLDR: an American CBDC would replace privacy-protecting paper cash with a tool of surveillance and controlhttps://t.co/LaZj2Uf8ZN

The discussion was recently revived when the Federal Reserve Board of Governors released a discussion paper titled “Money and Payments: The U.S. Dollar in the Age of Digital Transformation.” By the end of May, the Fed had received over 2,000 pages of comments from stakeholders. While some influential entities such as the Institute of International Finance held a reserved tone, others expressed skepticism over the idea.

Thus, The Securities Industry and Financial Markets Association pointed out that some key benefits of implementing the CBDC, highlighted by the Fed experts, could be developed using other payment infrastructures “such as stablecoins or settlement tokens.” The Credit Union National Association, famous for its anti-CBDC stance, explicitly criticized the idea:

“Given that the vast majority of US payments are already being conducted through digital channels, the Fed must clearly state what problem(s) it is trying to solve.”

The creation of a CBDC would inevitably lead to the movement of funds from banks to the Fed, stated the American Banking Association, estimating that 71% of bank funding could be at risk of moving. Thus, the notable hesitation of the Fed itself has met a range of vocal opposition not only from the crypto industry but from the larger financial lobbyists.

Still, the possibility of CBDC in the U.S. is not unimaginable, Dixon suggested. In fact, she believes a CBDC is “probably inevitable” given the digitalization of the U.S. economy. The good news, though, is that it doesn’t mean stablecoins would be just brushed off on that foundation. “Picking a technology solution today will likely be outdated in five years,” Dixon stated. “Allowing for stablecoins to exist and thrive will only serve the national interest.”

Presumably, the upcoming fall will bring some clarity about the legal status of stablecoins in the U.S., irrespective of the Fed’s CBDC ambitions.

US institutions account for 85% of Bitcoin buying in ‘very positive sign’ — Matrixport
FTX lawyers: Examiner could cost $100M and ‘provide no benefit’
FTX Lawyers Attempt to Question Bankman-Fried’s Family and Inner Circle for Financial Insight
What is a crypto index fund, and how to invest in it?
Goldman Sachs Ranks Bitcoin Best Performing Asset so Far This Year