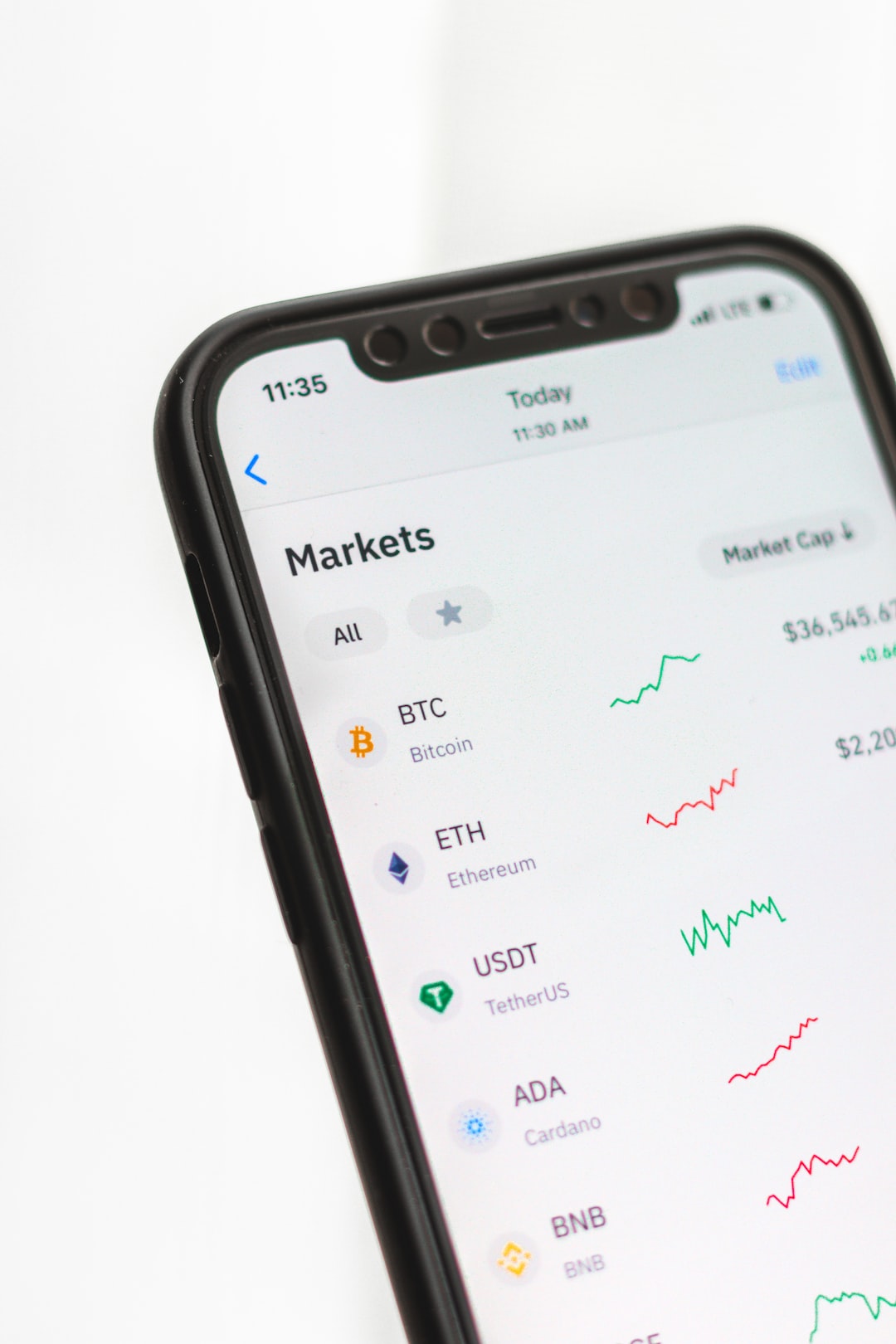 Bitcoin’s (BTC) bounce fizzled out near $24,500 on Aug. 17, indicating that the recovery still faces stiff resistance from the bears. On-chain monitoring resource Material Indicators said the ask liquidity on the Fire Charts was similar to prior local tops.

Another reason for caution among crypto investors was that the recovery in the S&P 500 was reaching extreme overbought levels in the near term. Jurrien Timmer, director of global macro at asset manager Fidelity Investments, said that 88% of stocks in the S&P 500 were trading above their 50-day moving average, which was “stunning.”

Some were also cautious as Michael Burry, the investor who famously shorted the 2008 housing bubble, almost emptied his equity portfolio in the second quarter of this year in expectation of a sharp fall in the stock markets.

While the short-term looks uncertain, corporate investors who usually are in the game for the long term have increased their investments in the blockchain industry, including the crypto space. The top 40 publicly traded companies invested approximately $6 billion into blockchain startups between September 2021 to June 2022, according to a blog by Blockdata on Aug. 17. That is more than three times the $1.9 billion invested by corporations between January 2021 to September 2021.

What are the critical levels on the downside that will suggest that the recovery could be faltering? Let’s study the charts of the top-10 cryptocurrencies to find out.

The bulls attempted to push Bitcoin above the overhead resistance at $24,668 on Aug. 17 but the long wick on the candlestick shows that bears are defending the level aggressively. The price turned down and has reached the 20-day exponential moving average (EMA) ($23,496). This level is likely to attract strong buying by the bulls.

The 20-day EMA has flattened out and the relative strength index (RSI) has dropped close to the midpoint, indicating a balance between supply and demand. If the price sustains below the 20-day EMA, the balance could tilt in favor of the bears and the pair may drop to the 50-day SMA ($22,160).

Conversely, if the price rebounds off the current level and breaks above $25,200, it will suggest that bulls are back in command. The BTC/USDT pair could then rally to $28,000 where the bears may again mount a strong defense.

Ether (ETH) turned up from $1,853 on Aug. 16 and the bulls tried to push the price above $2,000 on Aug. 17. However, the long wick on the day’s candlestick suggests that traders may be lightening positions on rallies.

The bears will try to take advantage of the situation and attempt to pull the price to the strong support zone between the 20-day EMA ($1,772) and $1,700. This is an important zone for the bulls to defend if they want to keep the uptrend intact.

If the price rebounds off this support zone, the ETH/USDT pair could retest the resistance at $2,030. A break and close above this level could clear the path for a rally to the downtrend line.

The buyers tried to push BNB higher on Aug. 17 but the long wick on the candlestick suggests that bears are active at higher levels. That pulled the price to the 20-day EMA ($307).

If the price slips below the 20-day EMA, the BNB/USDT pair could decline to the 50-day SMA ($270). This level may again attract buying and if the price rebounds off it, the pair could consolidate between $270 and $338 for some time.

Another possibility is that the price rebounds off the current level with strength. If that happens, it will suggest that the sentiment remains positive and traders are buying on dips. The bulls will then again attempt to clear the overhead resistance zone between $338 and $350. If they succeed, the pair could start a rally to $383 and then to $413.

If the price breaks and closes below the 20-day EMA ($0.37), the next stop could be the 50-day SMA ($0.35). This is an important level for the bulls to defend because a break and close below it could suggest that the XRP/USDT pair may continue its range-bound action between $0.30 and $0.39 for a few more days.

Alternatively, if the price rebounds off the moving averages, the bulls will again try to clear the overhead hurdle at $0.39. If they succeed, the pair could rally to $0.48 and then to $0.54.

Cardano (ADA) bounced off the breakout level of $0.55 on Aug. 16 but the bears continue to pose a strong challenge at higher levels as seen from the long wick on the Aug. 17 candlestick.

Sharp selling by the bears has pulled the price to the important support at the $20-day EMA ($0.53). A break and close below this level will suggest that the short-term advantage has tilted in favor of the sellers. The ADA/USDT pair could then decline to the 50-day SMA ($0.49).

Conversely, if the price rebounds off the 20-day EMA, it will suggest strong demand at lower levels. The bulls will then try to resume the up-move by pushing the pair above $0.60. That could open the doors for a possible rally to $0.63 and then to $0.70.

Solana (SOL) attempted a rebound off the 20-day EMA ($42) but the long wick on the Aug. 17 candlestick shows that the bears are selling on every minor rise.

The bears will try to sink the price below the support line. If they manage to do that, it will invalidate the developing bullish ascending triangle pattern. The SOL/USDT pair could then decline to $37.50 and later to $34.50.

Alternatively, if the price rebounds off the moving averages, it will indicate that bulls may be accumulating on dips. The buyers will then try to push the price above the overhead resistance at $48. If they succeed, the bullish setup will complete and the pair may start a rally to $60.

The bears pulled Dogecoin (DOGE) below the breakout level of $0.08 on Aug. 15 but could not sustain the lower levels. The bulls purchased the dip aggressively and resumed the recovery on Aug. 16.

The bears are trying to stall the recovery at $0.09 but if bulls do not allow the price to dip below $0.08, the likelihood of a rally to $0.10 increases. This is an important level to keep an eye on because a break and close above it could signal a potential trend change.

The 20-day EMA ($0.07) has started to turn up and the RSI is in the positive territory, indicating that bulls have the upper hand. To invalidate this bullish view, the bears will have to sink and sustain the price below the trendline of the triangle.

The bulls successfully defended the 20-day EMA ($8.62) on Aug. 15 and 16 but could not achieve a strong rebound off it. Attempts by the bulls to push Polkadot (DOT) above the overhead resistance at $9 met with stiff resistance on Aug. 17.

The bears are attempting to sustain the price below the 20-day EMA. If they succeed, it could trap several aggressive bulls who may have purchased at higher levels. That could sink the DOT/USDT pair to the 50-day SMA ($7.72).

Conversely, if the price turns up from the current level and rises above $9, it will suggest that bulls are buying aggressively at lower levels. The bulls will then attempt to push the pair above the overhead resistance at $9.68 and resume the recovery. The pair could then rally to $10.80 and later to $12.44.

The failure to clear the overhead hurdle may embolden the bears who will try to pull the price to the strong support at $0.000014. This is an important level for the bulls to defend because a break and close below it could weaken the positive momentum.

Avalanche (AVAX) continues to slide toward the breakout level of $26.38. The bulls are likely to buy the dip and attempt to flip this level into support.

If the price rebounds off $26.38 with strength, the buyers will again try to push the AVAX/USDT pair above the overhead resistance at $31. If they succeed, the pair could rally to $33 and later to the pattern target of $39.05.

Contrary to this assumption, if the price breaks below the breakout level, several aggressive bulls may get trapped. That could result in a decline to the 50-day SMA ($22.70) and then to the support line of the ascending triangle.