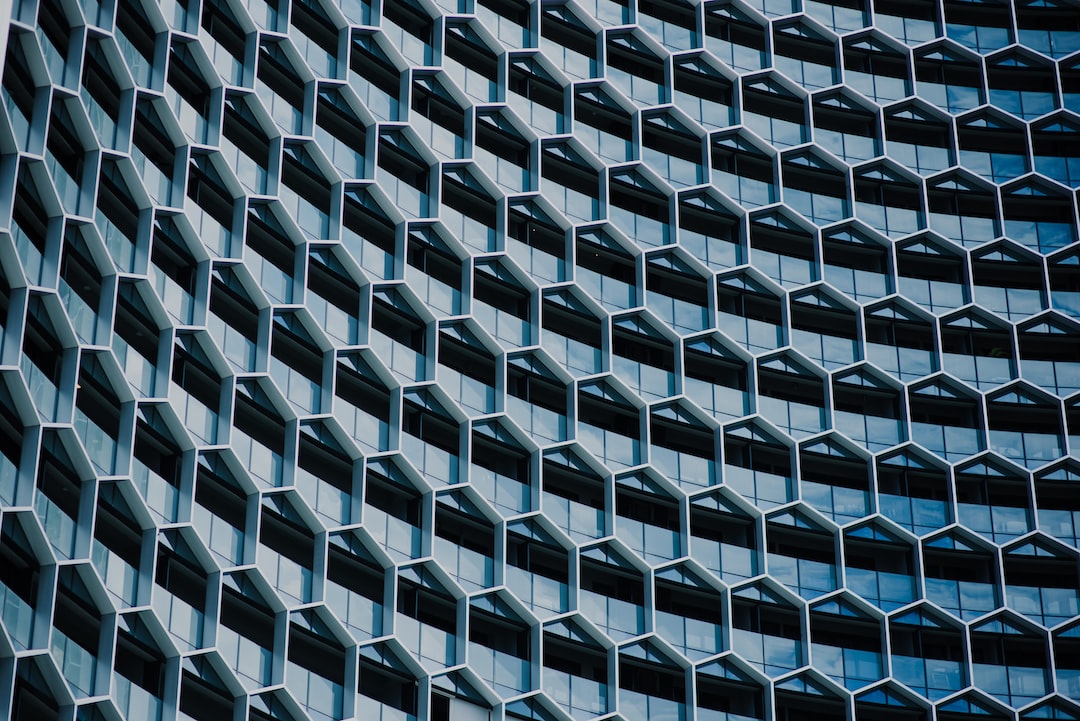 Hiring in the crypto world can be difficult. Web3 companies are often disorganized and lack HR departments. Developers sometimes want to remain anonymous — even to their potential employers.

Some employees don’t exist at all, while others are secretly juggling three other remote gigs. Then there are those who pretend to be employees but are really just plotting to rug everyone.

The job of a hiring manager is no easy one. This goes doubly so for the Web3 world, where expectations both from employers and employees can be drastically different compared to the Web2 corporate world.

Magazine spoke to Declan Strain, managing partner of Dubai-based talent consultancy BlockDelta, which helps companies in the Web3 industry connect with workers of all levels. After 20 years as a recruiter, he became involved in the blockchain space in 2015 and set up his specialist consultancy in 2017.

“A traditional recruiter won’t be as successful as someone who lives and breathes this space,” he says, referring to his efforts to “be part of the fabric of the metaverse” by attending events and making connections in person.

The ICO craze of 2017 saw projects being organized by small groups of developers who often lived in different countries, perhaps never meeting together. Still clearly in a gray-market industry phase, new hires could not be easily recruited via job boards but were often found online via Twitter or in chat groups on apps like Telegram.

“There was no due diligence, so projects were often hiring the wrong staff,” Strain laments, which can quickly get expensive considering the average blockchain developer earns $12,500 per month according to Dataconomy.

Compared to more established industries, Strain describes many Web3 companies as still being particularly disorganized, without human-resource managers — let alone internal recruitment departments, which come standard for more established technology companies of comparable size. This often stems from the fast pace of the industry, where things simply change so fast that established procedures are not put in place. Job board Indeed.com reports that there are 118% more postings for blockchain jobs compared to last year, with a larger share of these being remote when compared to the software industry generally.

He argues that in the wild west of a new industry that crosses borders seamlessly, it is “important to have a trusted recruiter to do due diligence in order to keep out bad actors.” What exactly does he mean by “bad actors?”

One situation that companies can face when hiring a candidate, according to Strain, is that they will come across a nearly perfect hire who “ticks off all the boxes initially.” But despite initial appearances, they are unable to verifiably back up their previous work with, for example, a strong GitHub profile in the case of a developer.

Once these applicants are hired, it can take “several weeks to find out that the new employee is not what they say they are,” with the project being delayed due to having to restart the hiring process again. Often, the over-inflating candidate is more than happy to deal with the embarrassment of being fired because “a one-month blockchain developer salary can go a long way in certain parts of the world.”

Another common pitfall for Web3 companies, where most work is done remotely, is the hiring of full-time candidates who are “in reality juggling three to four jobs,” which are naturally left undisclosed to the new employer. Others are more honest, explaining that they already have a job but try “to convince them that they can take on a second, simultaneous full-time commitment.” While there may indeed be 168 hours in a week, one is advised to stay away from such candidates.

A more complex version of this issue is when the person being interviewed merely pretends to be a candidate, being, in reality, the business developer for a team of subcontracted developers who work on a number of projects simultaneously, essentially operating as a consultancy while pretending to be a dedicated employee.

“Say, a Vietnamese ‘employee’ with good English basically fronting as an individual but has a team working behind him,” explains Jason Corbett, managing partner of Silk Legal — a commercial law firm specializing in blockchain with offices in New York, Bangkok and Dubai. Such situations are especially troublesome from the perspective of trust and security “around who is controlling any kind of private keys.”

“If you wanted to hire a consultancy, you’d go to a consultancy,” Strain stresses, explaining that such arrangements are a problem for a number of reasons, from data protection to competing deadlines where the employer may not end up getting the attention they expect. Strain describes such situations as surprisingly frequent. “These are most common in Asia, but it can happen anywhere,” he notes.

Moving from bad to worse, there are truly malicious actors who “do their work but dig deeper to try to get what they want, whatever it is.” This could include infiltration by corporate spies or — worse — black-hat hackers who end up getting “access to things they shouldn’t have access to and initiate hacks,” which can have dire consequences for a blockchain company. While he does not have direct experience with competitors sending moles, hacks perpetrated by insiders are an unfortunately common occurrence.

“One bad hire can ruin your project.”

Corbett confirms this, saying he has “had clients that have been rugged by their external developers, and we are now dealing with legal issues and trying to enforce recovery on their behalf.” This is, however, difficult because there is little evidence regarding the hackers’ identity, as projects often fail to obtain proper KYC of new hires in the onboarding process.

There is often a perception among applicants that people from western countries will earn higher salaries, which Strain admits can be true.

(The controversial practice of location-based pay is said to be related to the cost of living, and big companies, from Apple to Meta, pay employees differently even depending on where in the U.S. they live.)

This has led many candidates to lie about their nationality or country of residence, including one time when a candidate “appeared on video link as an Asian national with a strong accent who claimed to be from London with the name John Smith, clearly wearing a wig and fake beard.”

Most interviews happen via Zoom, and it’s an immediate red flag if a candidate does not use video. “We had one candidate who point-blank refused, as he claimed he had facial reconstruction surgery the day before and was in no fit state to show his face,” Strain recounts, adding that this was not the only dubious point for the person in question.

Another claimed to be in Poland but sounded South African, which he explained by having moved to Poland when he was two years old. Despite this, the 25-year-old said that he had not yet learned Polish and hung up the call when questioned further.

“The big question is: Have they worked for a credible project before?” Strain says, explaining his hiring process.

He describes “different classes” of blockchain workers, particularly developers. Those whose past projects can be described as well-known, respectable, official, corporate and top-level are easily the most desirable employees; however, “many candidates will have projects that aren’t exactly at the top of CoinMarketCap on their resume,” he says, referring the site ranking over 20,000 cryptocurrency projects by market capitalization.

“You want to be careful about people who have been involved with pump-and-dumps, which, unfortunately, is a large portion of applicants — it can call their integrity into question and reflect badly on your project.”

This does not mean that someone needs to have worked on Ethereum, Solana, BNB Chain or Polygon in order to be competitive — even projects in the top 400, which includes projects in the $50-million-market-cap range, can provide excellent experience. In many ways, the list functions like the Fortune 500 of crypto: Any high-level employee from such a company comes with a certain confidence-instilling pedigree.

For any recruiting agency, this is likely to go both ways — questionable projects want to hire staff, too. Strain says that at BlockDelta, “we make sure the entity we work with is registered and has the right structure,” adding that the company has turned down clients failing to meet their own threshold.

Salaries in big crypto, like Big Tech, can be high. Blockchain developers with three to five years of experience on major projects and “with strong testimonials” command north of $300,000 per year. In what he calls the mid-range, $60,000–$70,000 is a starting point, and those with more experience, especially in managing a team, rake in $130,000–$140,000. Those rising to the role of chief technology officer can bring in half a million dollars, while chief marketing officers make roughly half that. When it comes to the top-20-ranked projects, salaries can rise substantially higher.

Blockchain and crypto are fast becoming one of the best industries for career prospects and opportunities at the moment. It can offer higher job security and salaries than many other industries 💼👩‍💻

Is your profession listed? pic.twitter.com/Yr4aMM7PFd

Unique aspects of the industry

Perhaps uniquely to the industry due to its cypherpunk roots, Corbett notes that a notable portion of workers wants to be anonymous. The problem with this, according to him, is counterparty risk, which can amount to a “breach of basic fiduciary duties” on the part of the business, which would have little recourse if cheated by their anonymous worker. He laments that some teams have ignored his advice, hiring anonymous workers only to have them prove to be a significant liability.

“You can get stuck in a situation where your community and investors are yelling at you because something’s happened, but you have no idea who you actually contracted.”

“When people tell me they want to be anonymous, I tell them that’s nice, but this is the real world, and this is how it works,” Corbett says.

Shafeeq Qureshi, managing partner of London-based financial industry recruitment agency Bright Mile, which now operates in the blockchain space, agrees that challenges in crypto hiring sometimes begin with the employer. “I have come across quite a few projects where the founders do not want to share their public profiles,” he notes, which presents certain difficulties considering many members of the workforce are not comfortable working for anonymous bosses. Qureshi has also found many less-than-reputable companies to have created fake employee profiles on LinkedIn — something he screens for before taking on clients because “both our time and credibility are at stake.”

Borderlessness is another remarkable factor in the blockchain industry, and that extends to the geographical distribution of the workforce.

Strain surmises that “as long as a candidate is happy to work, normally, the project is happy to pay — working out payment structure is usually the main thing.”

“I don’t hear companies saying that we can’t hire a person from a certain country — I think that’s a beautiful thing.”

But it also means that it is not often possible for employers to support employees directly by way of country-specific benefits, such as medical insurance in places like the U.S., instead paying a fixed amount and leaving the employee to look after their own insurance. Luckily, there are solutions like Opolis, a DAO providing insurance for freelancers.

This borderlessness also means that companies do not usually report directly to the tax authorities of an employee’s country, which, in many cases, leaves them with additional responsibility in filing income reports correctly. “I think most of them report their income to relevant authorities,” Strain says, though acknowledging that not doing so may be easier than with other industries.

While some projects looking for personnel believe that the recent downturn has slowed hiring and brought wages down, Strain happily points out that “top candidates who lost their jobs recently from the larger heavyweight projects are getting snapped up very quickly,” adding that there is still plenty of hiring going on.